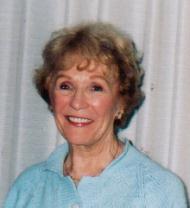 Irene Livingston
...lives in Vancouver and has been writing adult poetry and fiction since '98. She has had nearly 90 pieces accepted for publication in Canada, the U.S., the U.K., Australia, and New Zealand. She won the $5,000 Leacock Award for Poetry among other contests.

Irene has been writing for children since '96 and has had over 125 pieces published in publications including Humpty Dumpty Magazine, Turtle, Pockets, My Friend, Chirp (The Owl Group), Children's Playmate, and several U.S. teaching magazines put out by Frank Schaffer Publications.

Irene's picture book for children, Finklehopper Frog was published by Tricycle Press in early 2003 and the sequel, Finkelhopper Frog Cheers, was recently released. Her novel, Naked in a Glass-Blue Lake, and her poetry collection, Invitation to the Trance, are currently under consideration for publication.

Irene also designs, writes, and hand paints humorous greeting cards. She rides her bicycle every day and loves nature, trees, and the mountains.


Read "Flight to Morrow" and "Satin Blue" by Irene Livingston on GoodGoshAlmighty.com.